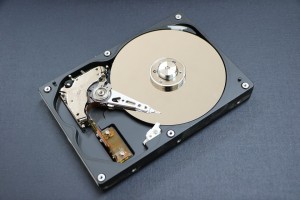 Make your own gadget? What will they think of next. That is the idea behind Nascent’s new products which can be “tweaked and built to [the consumer’s] hearts content.” This renders the device less expensive as well as having the capacity to be “personally crafted for your own life.” All modules (HD camera, speaker, computer device recording real time water use) feature plug and play and work with each other.

It’s all about hardware. Everything made via the Nascent Objects platform starts with a shape. For example, if you want to build a security camera, you start by “uploading a 3D form into Nascent Object’s software, and then drag and drop modules to any location on the object. The software then calculates exactly where the circuitry pathways need to be, and prints those pathways onto a plastic chassis, which forms the skeleton of your gadget. From there, you simply click the electronic modules into place, then add external shell. It’s product design gone automatic.”

The brain behind Nascent Objects – Baback Elmieh (who used to work for Google) – explained that while there is so much versatility with software, hardware is not used in the same vein. Thus a year ago, together with his team, Elmie “took apart 600 products released since 2012 and found that 80 percent of them could be built from just 15 common electronic components.”

The ultimate goal of the product is: “to create a platform that empowers consumers to create products themselves, but the company is launching with a handful of fully-baked designs.”

This entry was posted in Technology and tagged Baback Elmieh, Nascent. Bookmark the permalink.