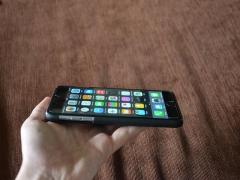 The first Macworld/iWorld Expo since the passing of Steve Jobs recently took place in San Francisco.  Now in its 27th year, it was held at the Moscone Convention Center.  Apart from being filled with iPhones, iPads, and cool new gadgets and gizmos, the expo ended with something that really went back to basics – a drum circle led by guru Arthur Hull from the Village Music Drum Circles.  He claimed that the circle group was “ancient futurists. We're using this technology to connect with community.  Remember that who's on the other side of this technology has heart, spirit, eyes, fingers, and is sharing.”

But for those who still wanted something new and exciting from the modern technological world, the Alljack diamond-studded speakers were certainly drawing a lot of attention.  Priced at a mere $68,000 and fresh from the CES, they are probably somewhat beyond the financial capacity of most viewers but still, it was a great way for Alljack to show off its skills. And indeed, while the diamonds probably do not make the speakers sound any better or louder, they certainly add to their beauty and glamor!