Tech Gadgets for the Elderly 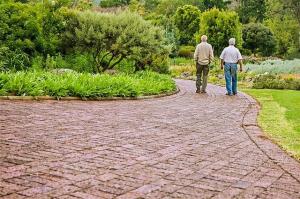 It used to be that it was the youngsters who were addicted to tech gadgets.  But now, thanks to Iggy Fanlo, this is about to change.  Co-founder of Lively – a wireless technology for the elderly and their caregivers – Fanlo points out that tech gadgets are now set to become a key item in the lives of seniors too.  Rather than learning how to benefit from an iPhone, seniors can take advantage from in-home monitoring sensors; accessing medical treatment from home and all sorts of other things to make living at home much more manageable.

Developing tech gadgets for the elderly is also likely to be quite a fruitful business.  According to director for the Center for Technology and Aging, David Lindeman, developing these useful devices for the elderly he believes “will have the broadest and longest-lasting social impact.”  Indeed, within less than two decades, a fifth of the American population will be 65 and older.  More will live longer and more independently in their summer years than any time to date.  In addition, given that the national average age of nursing home entrance is closer to 90 these days than 80, tech gadgets to be used at home are becoming increasingly attractive.  The more such tech gadgets that are created to help seniors, the easier life will be on their caregivers.

With Lively, one’s movements can be tracked using wireless sensors that are placed throughout the house – pill box, bathroom door etc. – so that if someone is in the bathroom too long or not taking enough medication, it is tracked and reported.  Basically one’s regular routine is determined and then if something seems out-of-the-ordinary – it is tracked and family /caregivers is alerted.  Such tech gadgets are a huge relief to those who felt trapped in the home caring for someone and for the person being cared for to re-develop their independence.

This entry was posted in Uncategorized and tagged Center for Technology and Aging, David Lindeman, Iggy Fanlo, Lively, tech gadgets. Bookmark the permalink.