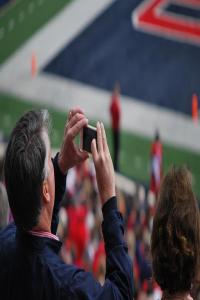 New gadgets and gizmos usually become more technical, but now it seems that they could be taking a turn in the opposite direction.  If the rumors about a new Apple product are correct, gadgets and gizmos could be becoming, well, less hi-tech.  It has been suggested that Apple may be launching an iPhone with a difference – a cheap, plastic one.

One reason for the possible launch is that it is believed that it is time for the company to develop a phone that is not so expensive.  This way, a greater amount of people will be able to benefit from Apple technology.  If this plastic phone does come onto the market, it is likely to coincide with the 5S that is due out in the fall.  So for those who want to budget, rather than purchase a previous generation iPhone, could buy the plastic one and benefit from the same screen size and lighting connector and the older phones will be phased out.

Truth is, others are asking the sensible question of “what more can we get?” from an iPhone.  It seems that it has everything so what is the appeal of a newer model.  According to CNET’s Scott Stein the only thing lacking from this smartphone is battery life. “My wife,” he reports “does one thing with her iPhone more than anything else: she charges it.”  So if the only addition on the new iPhone is an extended battery life, the appeal of the plastic cheaper iPhone launched at the same time could really be quite extensive.

So it could just be that the coolest gadgets and gizmos are taking a step back to basics.  Who knows?  Maybe the future of the hi-tech world is going to be lower-tech as we move into 2014.