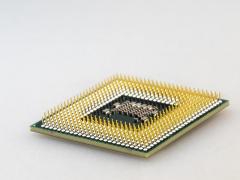 For those who felt like they didn’t get quite what they wanted over Christmas, there might still be some items worth waiting for in the New Year.  If you are one of those, look out for a good price on the new Apple TV (once it’s out).  This really is worth having for those who feel the need to have it all, or even those who just love to be in control of their TVs and not the other way round.  It was the late Steve Jobs who first introduced the concept of controlling everything on the TV with the Apple TV, so what is the new one set to do?

The Apple HDTV is said to be a totally independent entity in that it will be a standalone, high definition TV.  Different sizes will be available, and it will integrate with every other Apple device one owns.  It will be controllable through the iPhone and the iPad and maybe even via Siri.

But rumor has it, that before it hits the stores, iCloud access along with Apple TV software needs to be constructed into new iMacs.  Its establishment will also enable Apple to gently make a presence in the whole world of TV.