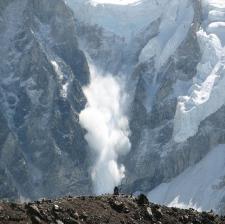 Avalanches are especially deadly, and can occur with no warning. Researchers from the University of Calgary are digging into the snowpack to discover more about the cause of the slides. Dr. Bruce Jamieson, a researcher for Avalanche Risk Control, described an especially dangerous type of avalanche; “An entire plate of snow- it could be a meter deep or more at the snow surface and sometimes that slab is sitting on a melt-freeze crust.” He explained that if the bond between the layer of new snow and the layer of frozen crust beneath it is weak, there is a potential for this type of avalanche, which is one that is very difficult to predict.

Experts from the Applied Snow and Avalanche Research Group have found that the infrared technology in cameras can measure the temperature in different layers of snowpack, which can aid in discerning areas that are in danger of these slides; the greater the difference in temperature- the greater the danger. “We actually go out to these deep slab avalanches all over western Canada. We’re chasing them and doing lots of manual observations,” a researcher explained. Another added that the technology “will help improve the accuracy and relevance of bulletins and that will reduce avalanche fatalities.”