Is The Apple Coming to Bed? 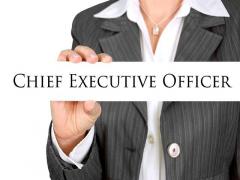 What the iTV May Be Able to Do

By this time next year, we could have the iTV from Apple in our bedrooms.  Rumor has it that one of the last brainwaves of CEO Steve Jobs before his passing was the iTV. So let’s take a look at what the iTV might have the potential to achieve.

Jobs’ mission was “…to create an integrated television set that is completely easy to use. It would be seamlessly synced with all of your devices and with iCloud. It will have the simplest user interface you could imagine.”

Production of these new TVs is set to begin in February of 2012, possibly by top electric giant, Sharp.  The idea is that gestures (using motion sensors) will be used to activate the screens as well as face recognition technology rather than button-pressing.  Of course, criticism abounds that this could end up with all sorts of weird things happening with people making accidental gestures – that indeed could be quite amusing.

There could be more features that will be integrated too, like the Siri, the iPhone 4S voice command assistant.  Watch this space for more information.

This entry was posted in Media and tagged Apple, iCloud, iTV, Sharp. Bookmark the permalink.