iPad 2 Popular in the Afterlife 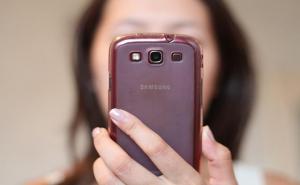 In Malaysia, Chinese families are scrambling to purchase paper replicas of the iPad 2 to burn for their dead, honoring an ancient tradition.

The Tomb Sweeping, or Qingming, Festival, is a time duting which Asian communities honor their ancestors by burning replicas of luxury items and money. The tradition comes from Confucian belief in the importance of family loyalty.

“Some of my customers have dreams where their departed relatives will ask for luxury items including the iPad 2,” explained Jeffrey Te, a prayer item shopkeeper. “I can only offer them the first iPad model,” he continued. He went on to explain that he had ordered 300 iPad 2 replicas, but they were sold out before he could even unpack them.

At the shop, iPads sell for a dollar each, and they all include 888GB, an important number in Chinese culture. A device with 16GB costs $499 for the living.

Some Chinese believe that the iPads have no place in the ancient tradition. “They belong to the older generation. If you give all these so-called iPads, they don’t know how to use it,” explained Thomas Soong, 61. “So traditionally we give them shoes, shirts…. All the necessities.