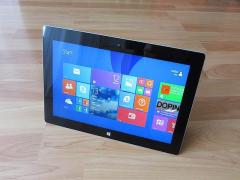 Now that Thanksgiving is over, it’s time to start thinking what might make a really cool Christmas gift.  Geeks and gadget lovers alike can never get too many gifts, so let’s take a look at what is the latest talk of the town.  First, we look at a new gadget from Microsoft.  Always seemingly in somewhat poor competition with Apple as its products just don’t have quite the excitement and buzz of its competitor, it could be possible – that with the Microsoft Kinect – it has a good chance of really having something with which to compete.

It has been said that the Microsoft Kinect may actually do something revolutionary to the gaming industry. As well, it could change the entire way people use their computers and other gadgets, especially in their living rooms.  What the gadget does, is takes the motion-sensing-controller used in a Nintendo to a totally new level.  Thus, in reality, hardware does not even need to be used.  Instead, voice technology and a camera are employed so that the user can control the XBOX 360 with their body or voice.  What a great piece of technology!  So many possibilities abound!

This entry was posted in Technology and tagged Apple, Christmas, Kinect, Microsoft. Bookmark the permalink.