Budget Smartphone: Is The One “The One”? 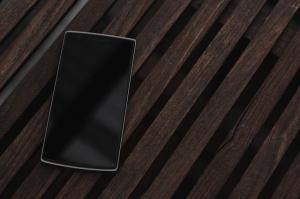 OnePlus – a China-based start-up – is starting to take orders for ‘the One,’ its inexpensive hi-tech phone that has been the cause of worldwide chatter for months.

Designed with the minimalist in mind, the phone has top tech specs, runs on Google Android’s operating system, CyanogenMod and is really easy to use. What’s even more attractive about this new phone is its price. At a mere $299, the One has “one” price (no carrier plan required) which is significantly lower than other smartphones, once all the extras area added in.

So what’s the catch? Yes, there is ‘one’ unfortunately. It’s not going to be easy for one to get customer service on the phone. So, if something goes wrong, you are kind of stuck. At least, that’s the issue for now. Time will tell if it gets sorted out and it really does become ‘the one’ phone tekkies can’t live without.

This entry was posted in Technology and tagged cellphones, OnePlus, The One. Bookmark the permalink.