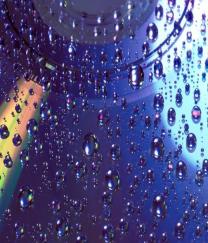 There is but one basic rule in journalism that must not be broken at all costs: ‘Get the story right!’ Unfortunately not only did the horrific events of last weekend in Tucson leave several people wounded and killed, the media itself hurt badly as it fell a few more notches in credibility and believability in the eyes of the public.

Among the media outlet casualties were no less than National Public Radio, CNN, and Fox News, who reported the following incorrect information: “U.S. Rep. Gabrielle Giffords of Arizona was shot in the head and killed outside a grocery store in Tucson while holding a public event, Arizona Public Media reported Saturday,” was NPR’s interpretation of events. Of course now we know Representative Gifford was not killed.

Martin Savidge of CNN incorrectly stated that “several people have been shot at a grocery store” when the truth was they were fired upon on a street corner.
Shephard Smith of Fox News told his listeners that Tucson police “are actively pursuing a white man in his 50s. He is not now believed to have acted alone.” We now know that the shooter was a deranged young man in his twenties definitely acting alone.

In some cases the correct information arrived a few minutes later, and in other cases hours later. Apologies from the various media outlets began to pour in, but it would have been better to hear either statements like “unconfirmed reports say,” or “details are not yet available”, rather than the fabulously incorrect information which was broadcast. The credibility of a free press is a precious commodity which should not be toyed with.