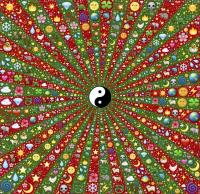 Taking the next logical step in emergency reporting and crime prevention, the Federal Communications Commission is considering allowing citizens to report crimes using text messages from their mobile phone devices. The FCC is modernizing the emergency 911 service by permitting both SMS and streaming video reporting to emergency 911 centers.

The use of the emergency number 911 was established as a standard in 1968 across the United States. Today it receives about 230 million calls each year with an incredible 70% coming from mobile phones.

The last revamping of the system was in 2001 when the FCC required mobile carriers to allow 911 to identify the location of callers using GPS or cell-tower information. In addition, about half way through this past decade, some of the internet telephony firms were also made to rout 911 emergency calls to the correct local center. This was not simple to do, considering the mobility of laptops and other devices using voice-over-internet protocol (VOIP.)