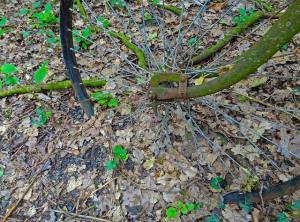 Research In Motion, also known as RIM, has revealed its newest BlackBerry Bold smartphone. The upgraded software and layout is part of RIM’s effort to reestablish its presence in the smartphone market. According to the company, the new phone will be able to manage corporate and government communications from Apple devices, as well as Google Android software.

RIM plans to use the Blackberry’s boosted security features as a selling point. The phone also allows companies to control employee access to corporate data while on-the-go. These aspects of the phone have made the BlackBerry a very prominent work phone. Recently, however, many corporate figures have branched out, and now prefer Apple or Android devices.

The newest phone, which will be released in stores this summer, is the thinnest, most powerful touchscreen phone the company has developed so far. It will support the two most popular networks, GSM and CDM.

Analysts believe the company will need to develop more than one new product in order to stay above the radar.

“It’s not so much any individual product that’s going to change investor’s perception of the stock. It’s going to take an upgrade of the entire product portfolio with the operating system upgrades,” said Alkesh Shah, analyst at Evercore Partners.