“Lean Gene” Linked to Diabetes and Other Disorders 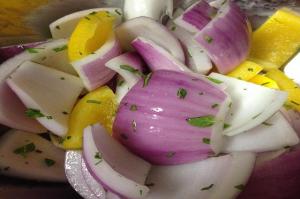 With the media giving off such an impression today, many people (men and women alike) believe there’s no such thing as “too thin.”

A recent study, however, proves otherwise. Last week, scientists revealed their discovery of a “lean gene” that is associated with diabetes in males. Other effects of skinniness may include miscarriage, lung disease, male infertility and even an increased risk of car accident fatality.

Officially, being underweight means that the body mass index, also known as BMI, is set below 18.5. To measure your BMI, divide your weight (in kilos) by your height in meters squared.

Last week’s study involved gene IRS1, which keeps people slim while increasing the risk of Type 2 diabetes and cardiovascular diseases. According to Dr. Ruth Loos of Cambridge University, this may occur because the gene ensures a slim figure, and so the body deposits fat in areas surrounding the liver and heart. The study has not yet be completed, but scientists have stated that 34,000 deaths in the U.S. can be associated with underweight issues.

Surely being overweight is also unhealthy and can result in similar problems. For this reason, it is important to stay thin and healthy by maintaining a healthy diet and exercise routine, instead of relying on genetics.

This entry was posted in Lifestyle and tagged Dieting, Health, Lean Gene, Too Thin. Bookmark the permalink.