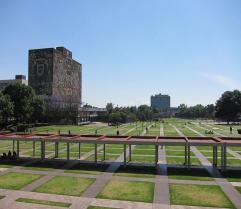 Michael Clemente, senior vice president for news at Fox News, responded harshly to the study conducted by the University of Maryland which reported that Fox News viewers are the least informed of any other consumers of news media outlets.

Mr. Clemente issued his statement to Brian Stelter of the New York Times, which reads in part:

“The latest Princeton Review ranked the University of Maryland among the top schools for having ‘Students Who Study the Least’ and being the ‘Best Party School’ – given these fine academic distinctions, we’ll regard the study with the same level of veracity it was ‘researched’ with,” Clemente said.

As if proving the veracity of the U of Maryland Study Stelter retorted,

“For the record, the Princeton Review says the University of Maryland ranks among the ‘Best Northeastern Colleges,” Stelter notes. “It was No. 19 on the Review’s list of ‘Best Party Schools.'”

This entry was posted in Media and tagged Best Party Schools, Brian Stelter, Michael Clemente, Students Who Study the Least, University of Maryland. Bookmark the permalink.