Because You’re Never Too Old for Toys 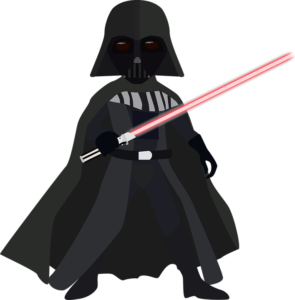 Thanks to the Toy Fair 2017, everyone can get back to their childhood and play a little.  And the best part? So many of the toys are easier to navigate than when you were little.

Take Etch-a-Sketch as a great example.  Remember the frustration you encountered trying to draw a circle?  Gone.  The new Etch a Sketch Junior is (obviously) marketed towards kids, but even would-be adult artists will appreciate its new control mechanism. With a physical joystick, the Etch a Sketch Junior gives you full one-to-one control of the cursor, for a drawing experience that’s a little easier to wrap your head around. Whether that’s the best thing even or takes all the fun out of it is up to you to decide. The Etch A Sketch Junior is out this fall for $13.

Then there’s the Boost from Lego.  It looks like regular Lego blocks (because it is) but it also has a basic coding interface which gets kids accustomed to programming.  It comes with blocks which are good for the construction of five different devices (including a robot of course) which each one programmed and installed through an app through which you can drag and drop icons to program your creation for every maneuver and reaction.  It’s not cheap at $170 but the hours of fun might make it worth it.

For Star Wars fans looking for something on the cheaper end, they’ll be happy to hear about the action figures thanks to Hasbro’s 40th anniversary, in conjunction with the new movies.  But all of those characters from Episode IV: A New Hope (Luke, Leia, Han etc.) that you loved as a kid can soon be purchased for a mere $20 apiece in 6 inch form and classic packaging.

Basically there are now a bunch of toys available that you kinda loved when you were a kid, but now you are the parent and in charge of the money dispersion, you can do even better with these toys and enjoy them more as hopefully your brain has developed a bit more too.

This entry was posted in Technology and tagged Etch A Sketch Junior, Hasbro, Lego Boost, Star Wars. Bookmark the permalink.