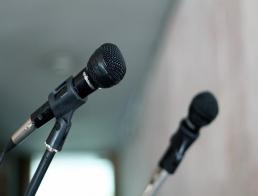 Apple has been working to develop a device which allows viewers to enjoy a 3D image without glasses. The device uses a screen which shows images taken from slightly different angles, resulting in a stereoscopic image which the brain converts into three dimensions.

The primary goal is to create a live-action movie which is entirely holographic. In order to do so, new filmmaking techniques will be required to capture the actors from various angles. The technology will most probably be used with computer displays, particularly the iPad.

Here is the patent excerpt provided by The Telegraph:
An exceptional aspect of the invention is that it can produce viewing experiences that are virtually indistinguishable from viewing a true hologram.
Such a ‘pseudo-holographic’ image is a direct result of the ability to track and respond to observer movements.

By tracking movements of the observer’s eye locations, the left and right 3D sub-images are adjusted in response to the tracked eye movements to produce images that mimic a real hologram.

Therefore, the invention can continuously project a 3D image to the observer that recreates the actual viewing experience that the observer would have when moving in space around and in the vicinity of various virtual objects displayed therein. This is the same experiential viewing effect that is afforded by a hologram.

It allows the observer, for example, to move around a virtual object and to observe multiple sides from different angles.

This entry was posted in Technology and tagged 3D, Apple, hologram, stereoscopic image. Bookmark the permalink.