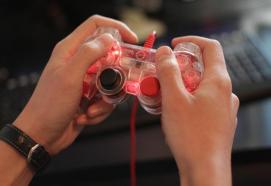 IBM’s “racetrack memory” is becoming more and more possible every day. The memory is basically a technology which provides a mobile handset with massive storage space; so much that copies of all of the movies made this year can be stored. IBM Fellow Stuart Parkin has been thinking of this technology since 2004.

The technology is different from a hard drive. Hard drives uses a motor to spin magnetically-charged atoms around, while the new “racetrack memory” uses electric currents to move various electrons up and down a tiny wire. Parkin explained that “it is like a kind of magnetic wave that we’re moving along without having to move the atoms. It would be a million times faster to access the first bit, and use much less energy, and there would be no problem with crashes.”